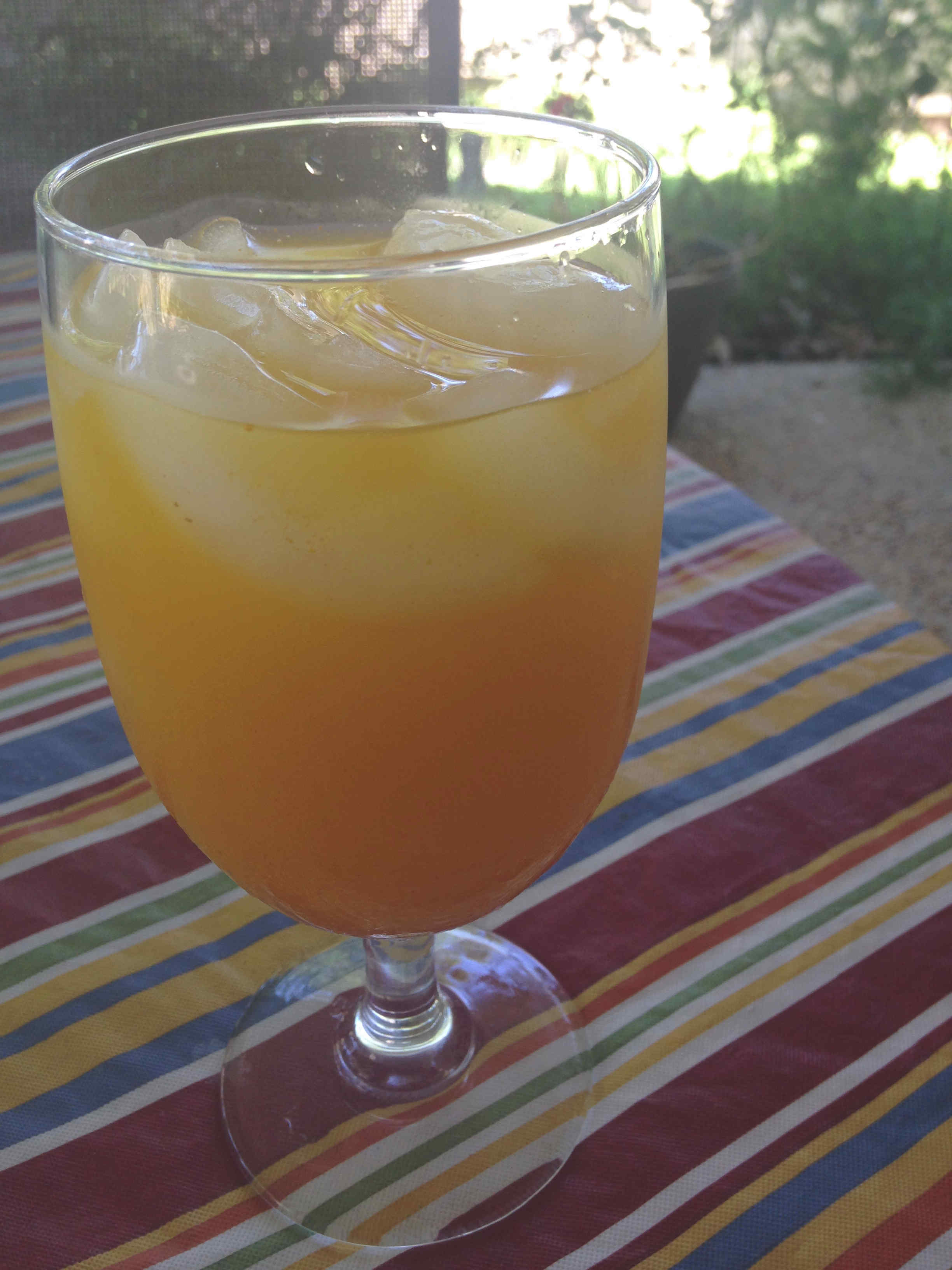 As the weather gets warmer I get less and less excited about warm beverages. This is an issue because of how we get turmeric into our systems. We typically do a combination of capsules and a concoction we call slime – a combination of butter/coconut oil, cayenne pepper and turmeric – either in our coffee or hot tea. I don’t do well drinking hot beverages in hot weather, so I had to come up with another method of getting turmeric in me.

Turmeric is a most awesome anti-inflammatory. It has been shown to reduce inflammation in the body, boost activity in the immune system, fight against the development of cancerous cells and make you more resistant to neurodegenerative disorders. The best way to maximize absorption of turmeric (up to 2000%) is to take it with pepper and a bit of fat, which is why we take turmeric capsules that include pepper and some fish oil as fat.

After doing a bit of research I came up with this yummy lemonade. It does not include any fat, but with the dash of pepper it helps maximize the turmeric benefits. In addition to the health benefits it is quite a pretty drink. It is a bit more savory than plain old lemon lemonade, but it is a pleasant, refreshing change.

In a large pitcher add the water. Juice both lemons and and add juice with meat to water. Add turmeric and stevia. Whisk together all ingredients until stevia and turmeric are combined.

Chill for at least one hour and stir before serving. Drink lemonade over ice, either straight, or dilute 1:1 with flat or carbonated water.