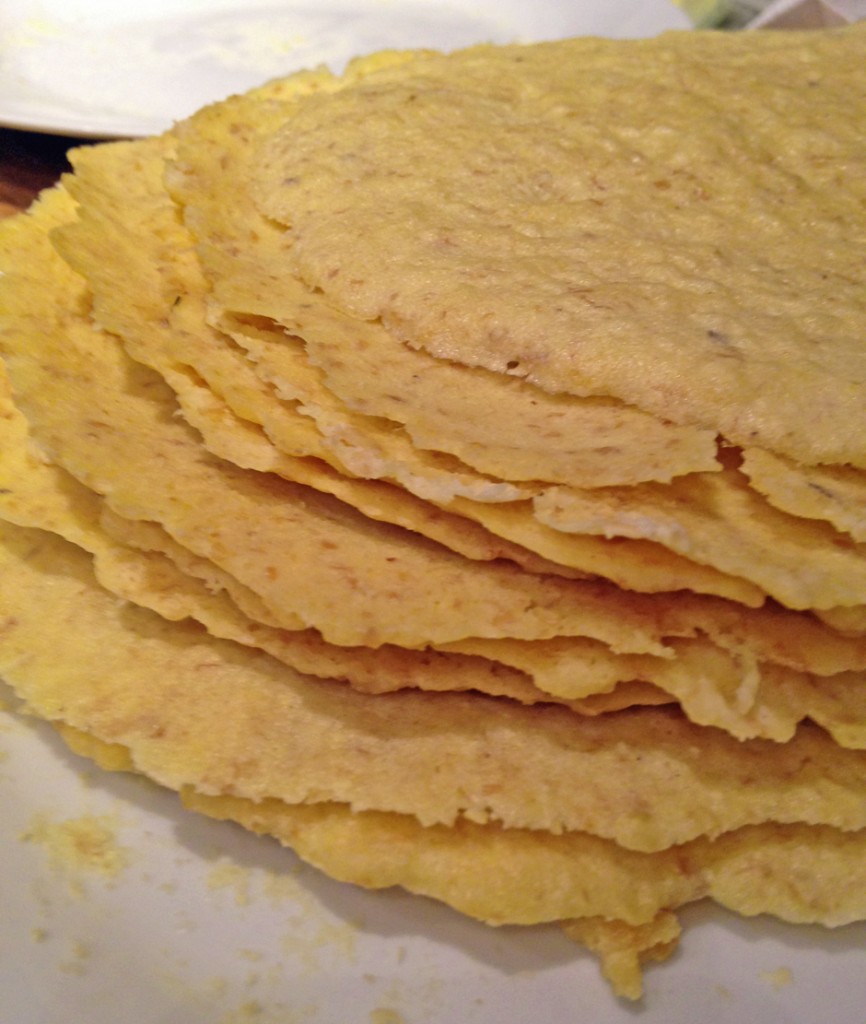 I cannot believe how freakingly awesome these tortillas are! Freakingly! Not a spec of wheat or corn, but the taste and texture reminds me of some delicious, substantial homemade corn tortillas made at a little restaurant in San Antonio, Taqueria Aguascalientes. As with a few other recipes recently, we are discovering that some quick cooking in a microwave makes for some satisfying low carb substitutes for otherwise carby buns and desserts.  Many of our living situations have included a distinct absence of microwaves, so when we actually have one we tend to forget to use it. They are convenient, but the unbalanced heating they do is either a result of the technology, or from an absence of experience we have from rarely using them. When I was 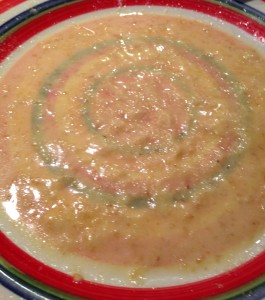 a kid there was an ever present microwave. I relied on it heavily to reheat leftovers after soccer or volleyball practice, and to concoct a comfort food, which I will not reveal now, but maybe in the future. We have officially rediscovered the ’80s cooking phenomenon. Now, back to the tortillas! Big D has made dozens of them. We have spent many an evening experimenting with different thicknesses and cooking times. They can be smaller and thicker, like a gordita tortilla, thin like a corn tortilla or big and thick like a wheat flour tortilla. They have returned to our menu things like breakfast tacos, tostadas and the ever popular fajita tacos. Now, the recipe says to spread a thin layer of batter on a plate with wet hands, I really mean a thin layer, like you can see the plate through it. For thicker ones you just need to see less of the plate. Notice what I mean by thin in the picture to the right. THIN!!! One last note – these guys keep well in the fridge, so make a big batch and eat them all week. Or do what I do and sit googly-eyed while your hubby makes a batch that you can eat on all week…

Place almond four, coconut flour, flaxseed meal, salt, baking soda and erythritol in a bowl and stir until well mixed. Add eggs, vinegar and oil and stir until well combined, using your hands if necessary – it should be thin batter. Spread a thin layer of butter in the middle of a dinner plate. Drop about 3 level Tbsp of batter on the plate. Using wet hands spread batter from the middle to the outer edge until it is the desired size and very thin. Have nearby a flat bottomed bowl or plate nearby for when the tortilla comes out of the oven. Microwave for approximately 2 minutes, until the middle is cooked evenly as the outer portion. Immediately press down firmly for a few seconds with the bowl or plate on top of the warm tortilla. Slide off of the plate and let cool. Repeat process until all the batter is used up. Serve or refrigerate in an airtight container.