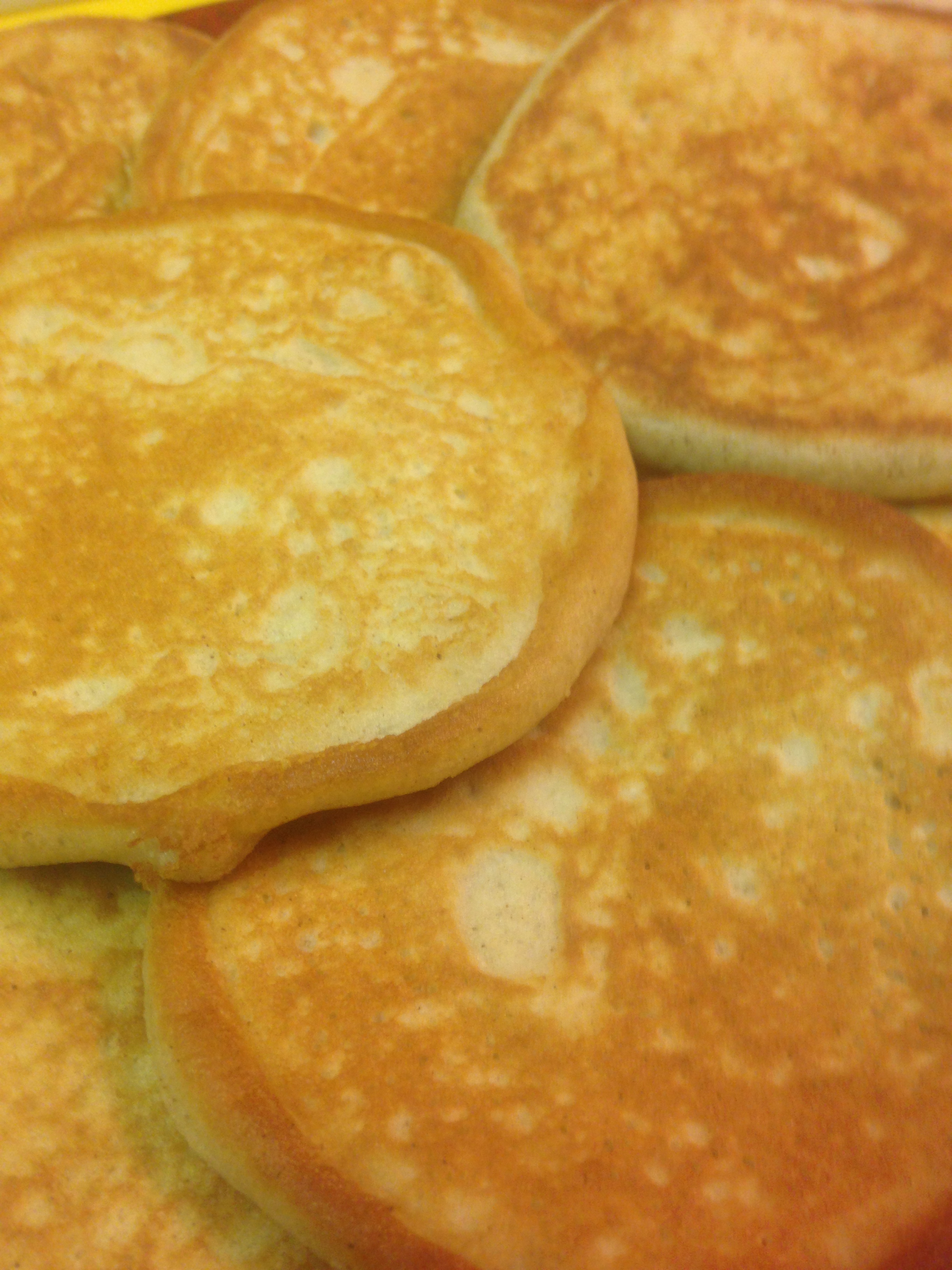 A few years ago we were living temporarily in a hotel while moving, and had to wrestle with a little kitchenette. Craving pancakes, we concocted a lovely recipe that we have used consistently ever since. I recently decided I wanted to make some fluffier, less coconut-y pancakes and tweaked the recipe. I also considered our interest in having plenty of leftovers, so figured out a quadrupled batch. This version makes about 18 pancakes, so at two pancakes per serving it makes for nine meals (and without the syrup, also a filling snack on the go for Little B).

I caution you about eating more than two at a time without at least ten minutes in between servings. These suckers seem to expand like sponges in the stomach. I at two at 10am this morning and have yet to be hungry now at 8pm. Better than any super food I ever before experienced!

In a medium bowl combine the flour, baking soda, cinnamon, Stevita and salt. In a separate mixer bowl place the eggs, coconut oil and cream. Mix the wet ingredients on medium until combined. Add the dry ingredient mixture and mix on high until well combined and any solid pieces of coconut oil are broken up and incorporated.

Heat a large skillet to medium high. Add a drop fat (about a teaspoon of butter, coconut oil or lard) to the pan and let it heat up. Add 1/4 – 1/3 cup of the batter and gently spread it out into a pancake with approximate diameter of 3″ – 4″. Cook for about two minutes until the bottom of the pancake sets, then flip it over with a large spatula. Cook for about two more minutes until both sides are consistently browned.

An alternative is using a waffle iron – our iron has a flat reverse side, so we can use the flat side, drop two dollops of batter, close the top and cook two pancakes until browned (relying on instructions for your particular waffle iron, if it does such wondrous things).

Repeat with remaining batter until it is gone.

Serve immediately or store in fridge/freezer in air tight container.