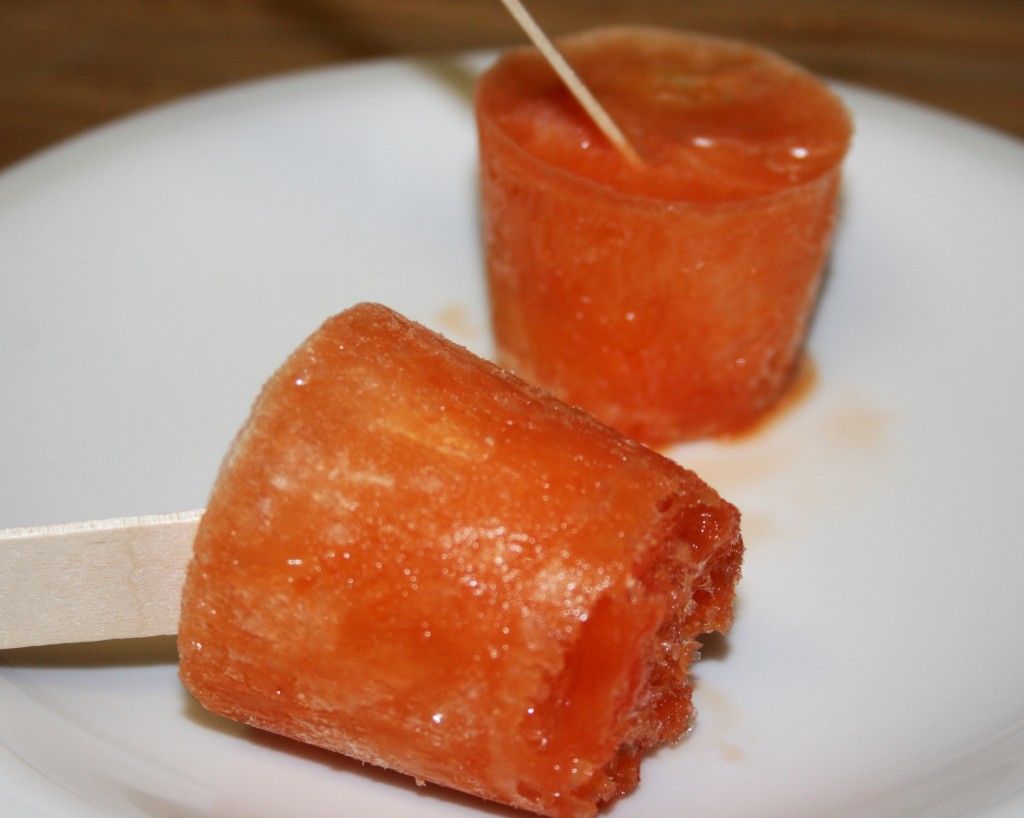 Have you ever realized that full sized popsicles are a bit big for three year olds? The three year olds probably don’t think so, but I have found they can’t quite finish them before they melt all over everything that used to be white or otherwise attractive to staining. I figured I could pretty easily make smaller treats with at least moderate health benefits. I discovered I could! I really could! I also decided to make them ergonomic by freezing the sticks at an angle for easier eating (translation: I was being a bit lazy and and just dropped the sticks in). The angled sticks actually made the popsicles easier for Little B to eat. She loves them. There is at least one serving of fruits/vegetables in each pop, and they are waaaay easy to make. This time I used grapes because that is what we had in the house, but pretty much any fruit cut into small pieces should work (except maybe bananas – they just don’t freeze pretty).

Combine liquids in a large measuring cup. In a muffin tin place an itty bitty cup in each hollow. In each cup place four grape halves. Divide liquid among the cups. Stick a stick into each cup, letting them rest on the edge. If you want the sticks all perky and straight up, place foil over each cup, then poke a stick gently through the foil, avoiding extra tearing so the sticks stand up. Place in the freezer for at least four hours until frozen through.