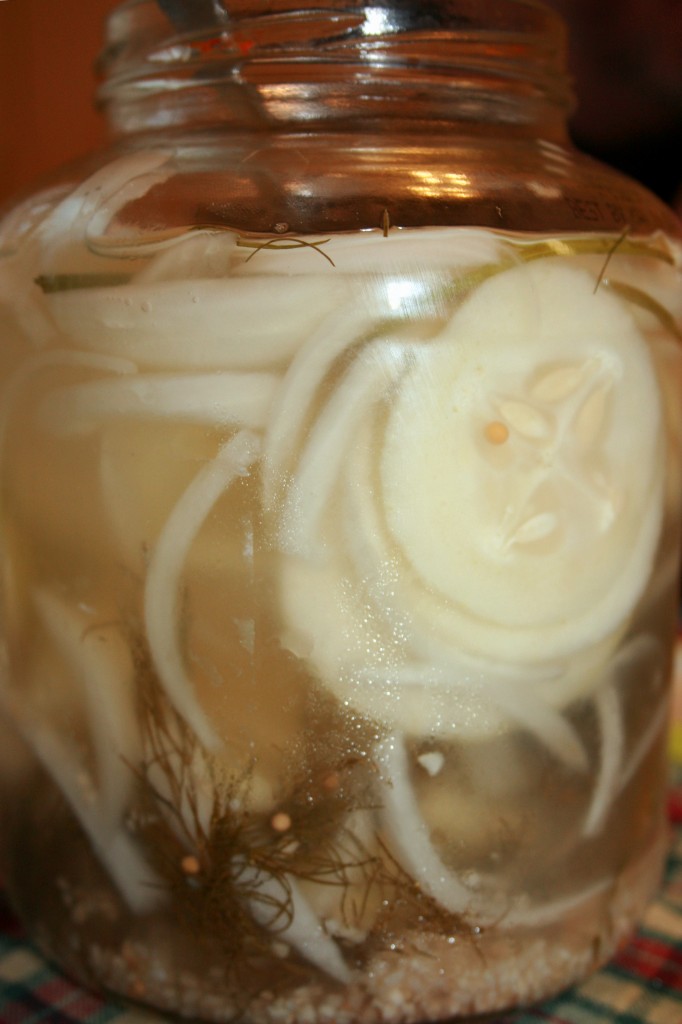 When I was a kid we had a garden in the back yard. We always grew tomatoes, sunflowers, usually included zucchini and often did cucumbers. Needless to say, we ate a lot of fresh vegetables during the summer. Sometimes I looked forward to the gardening – finding fruit and veggies ready to pick or grabbing some of the more elusive weeds while the plants matured. Other times I was not so eager to be a gardener – breaking up all the clods of dirt after they clumped over the winter, or clearing out all the dead plants when autumn came. I remember getting mad at my dad a few times, too. Me, my brother and mom did a lot of the work, but when he talked about the garden it was ‘his’. Ooooh, that got me irked! We would slave away in the heat and he would come out, point to a few things we missed, then head back in to the air conditioned house. I laugh about it now, because we learned so much about plants and self-sufficiency and responsibility, but the perspective was a bit different at the tender age of eight or nine. One thing my mom always did with some of our cucumber crop was make refrigerator pickles. For months there would be at least one jar of pickles in the fridge door – we would come in from playing outside (or gardening) and pinch a few cold, tart slices as a snack. They never lasted very long, which was good, since the simple preparation did not include any heating or effort to sterilize or pasteurize in the process. Since we currently have no garden, or yard for that matter, this batch of pickles was made with store bought cukes. They were big and perfect – the slices were nice and floppy after sitting in the jar for a day or two. Little B enjoyed watching them flop around before pretending to be a tiger and taking a bite. I never knew tigers liked pickles.

Slice cucumbers into thick coins (1/8 to ¼ inch). Set aside. In a glass jar with tight fitting lid combine vinegar and spices. Put lid on jar and shake. Add cucumber to jar, making sure the slices are not sticking together. Secure lid on jar again and shake vigorously, encouraging the spices to spread out among the slices. Chill for at least 24 hours before eating. I make no promises about pickle viability beyond one week.